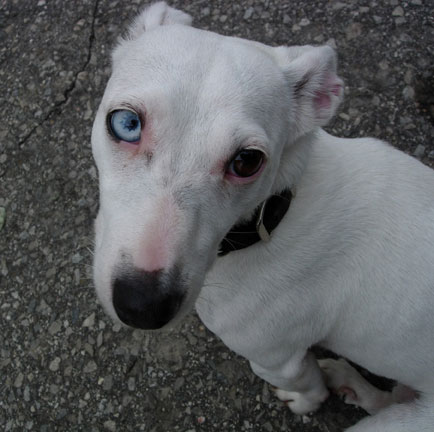 Some people such as alleged animal rights activist Nathan Winograd, have suggested that the solution to animal overpopulation lies with so-called “no-kill,” or “limited-admission,” animal shelters. However, these shelters are deceptive at best. Animals at “no-kill” shelters who have been deemed unadoptable may be “warehoused” in cages for years. They become withdrawn, severely depressed, or aggressive, and this further decreases their chances for adoption. Cageless facilities avoid the cruelty of constant confinement but unintentionally encourage fighting and the spread of disease among animals.

One PETA staffer who used to manage a “no-kill” shelter had a change of heart after seeing a pit bull who had lived in a cage for 12 years. He had gone mad from confinement and would spend the day slamming his body against the sides of his cage, becoming so enraged that the workers were afraid to handle him. After witnessing this miserable life, she realized that some fates truly are worse than death.

“No-kill” shelters and “no-kill” rescue groups often find themselves filled to capacity, which means that they must turn animals away. These animals will still face untimely deaths—just not at these facilities. In the best-case scenario, they will be taken to another facility that does euthanize animals. Some will be dumped by the roadside to die a far more gruesome and horrible death than an injection of sodium pentobarbital would provide. Although it is true that “no-kill” shelters do not kill animals, this doesn’t mean that animals are saved. There simply aren’t enough good homes—or even enough cages—for them all.

Open-admission shelters are committed to keeping animals safe and off the streets and do not have the option of turning their backs on the victims of the overpopulation crisis as “no-kill” shelters do. No one despises the ugly reality of euthanizing animals more than the people who hold the syringe, but euthanasia is often the most compassionate and dignified way for unwanted animals to leave the world.